In 2007, local psychologist Sue A. Middleton, Ph.D. donated her Davis Shores home to the City to support the creation of a center for its Archaeology Program. Her generous gift became a reality in 2011 with the establishment of the City’s Archaeology Center, located at 30 Pellicer Lane in West Augustine. Space for the facility became available when the City’s central warehouse was moved into a new facility adjacent to the location in 2010. To memorialize Dr. Middleton’s vision and support, then-Mayor Joe Boles and the City Commission named the facility in her honor.

At that time, Mark Knight, Director of the City’s Planning and Building Department said the program was housed for 16 years at the water treatment plant on King Street, then relocated to the basement of Government House. He sees the permanent facility as an enhancement of the City’s ability to manage and research artifacts collected over the past 30 years, as well as an indication of the City’s commitment in preserving its unique cultural heritage.

A Pioneer in Many Areas

Dr. Middleton was a pioneer in many areas: a scientist, a community activist, and her love of historic preservation and cultural resources were passed to her children and grandchildren. When making the donation, Dr. Middleton, who passed away in 2008, said, I want our wonderful, oldest town to now have a more powerful focus on our search for the evidence of our past, and that evidence lies beneath our feet. As a trained scientist and a deep believer in the importance of our past here, I presently wish to assist our archeologists to be able to intensify their search for the older reality. The gift carried the stipulation that with the passing of her husband, Dr. Henry Bates, the Davis Shores property would be available for the City’s use to advance the Archaeology Program. 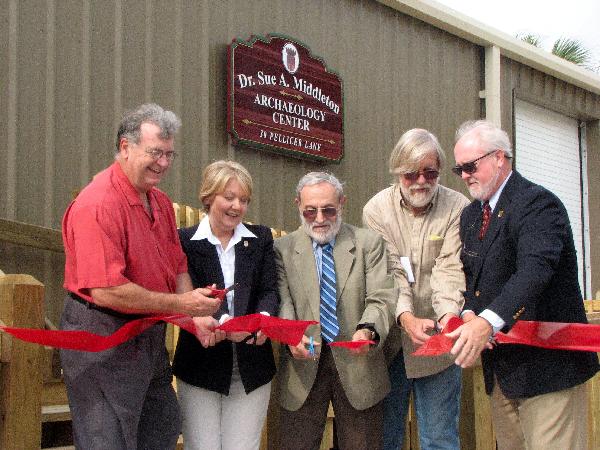