The earliest Native American occupants in the St. Augustine area were hunter-gatherers who depended on coastal resources (such as, oysters, various fish, alligators, and water birds), game (such as, deer and small mammals), and wild berries and seeds for survival. This subsistence strategy necessitated seasonal movement, which followed the availability of edible plants and animals, and was a way of life for more than 7,000 years. 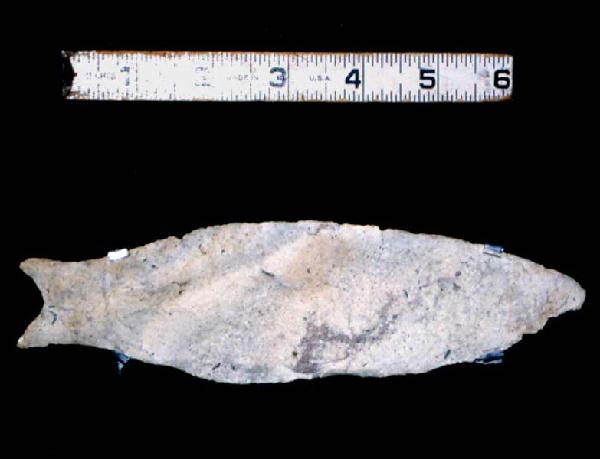 Within this broad time frame, different periods of cultural development are recognized. The earliest is the Paleo-Indian Period (circa 13,000 to 10,000 years ago), which is commonly associated with the hunting of now-extinct Pleistocene fauna. By the end of the period, however, animals that are presently in Florida were the only source of game.

Mobile settlement and subsistence strategies continued during the subsequent Archaic Period, although by the Late Archaic (circa 4,500 to 2,500 years ago) semi-permanent villages indicative of possible winter and summer occupations are recognized in the archaeological record. Some of these sites contained architectural features known as shell-rings suggesting the possibility of ceremonial and/or ritual activities. During the Late Archaic, Native Americans begin manufacturing pottery, which is referred to as Fiber-tempered Orange ware, in recognition of the vegetation used as a tempering agent for the clay. 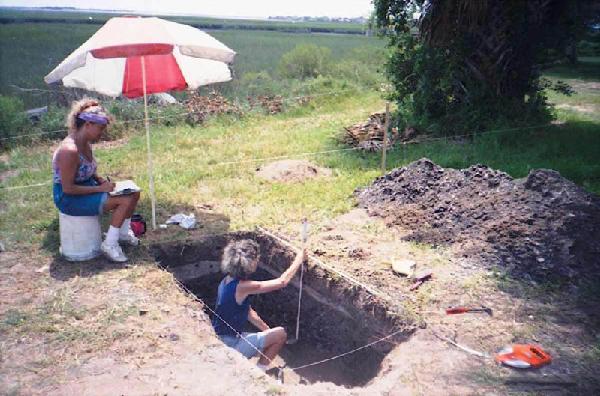 Four Late Archaic sites have been documented within the city limits. Concentrations of coquina, moon snail, and fiber-tempered pottery are the diagnostic characteristics for this time period in St. Augustine. Small fish bones and occasional deer and turtle bone also are recovered. Evidence for repeated occupation was documented at the Radio Road Site, where a series of overlapping or intrusive trash deposits were recorded. Eventually, this cultural period transitioned into what is referred to as the St. Johns Period (circa 500 B.C. to A.D. 1565).

The St. Johns Period is probably one of the best documented and studied eras of pre-contact Native American occupation in Northeast Florida. It represents that period when indigenous groups had become sedentary, developing a network of ceremonial centers–as distinguished by the presence of platform mounds–that were tied into a larger Southeastern regional trade and ceremonial system.

Outside these dispersed mounds were villages composed of scattered residential areas that often were more than a half-mile long. Although there is some evidence for the adoption of corn agriculture, especially toward the end of the St. Johns Period, populations along the coastal and riverine systems continued to engage in a primarily hunting/fishing/gathering way of life. This was the lifestyle in place when Menéndez arrived. 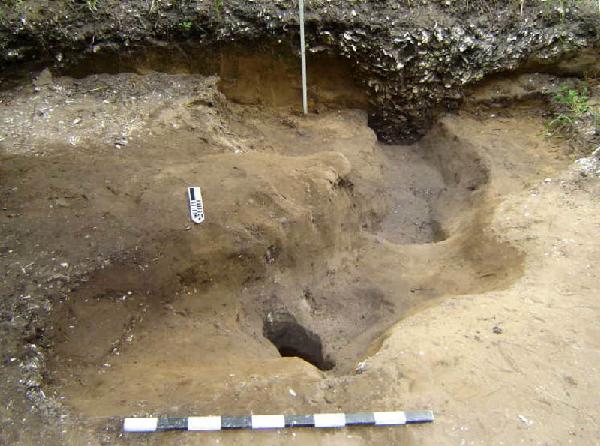 Numerous St. Johns Period archaeological sites have been documented within the City limits, the majority of which occur along the banks of the tidal estuaries. Archaeological investigations by the City have sampled areas within some of the larger village sites. This includes an area where soil stains associated with a square-like structure with a semi-subterranean entry were documented.

This locale was situated toward the center of a village dating to circa A.D. 1200 and may have held some significance for the local population. A similar square-like structure was documented at an earlier village site on Anastasia Island, which had exotic non-local Native American ceramics. This structure was four times larger than nearby residential structures, which were circular to ovoid in plan view.