We hope that the information found here will help you understand the role of the City Attorney, and navigate links to the City Charter, City Code and other federal, state and local agencies that can provide you with more legal information. 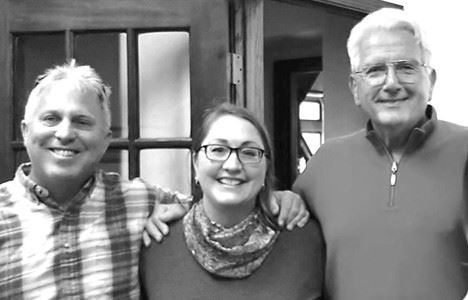 Dates of Service as City Attorney:

Office of the City Attorney

The City of St. Augustine Charter of 1925 provides that the City Commission shall appoint a City Attorney to act as the legal adviser to, and attorney and counselor for, the municipality and all of its officers in matters relating to their official duties. Our City Attorney is Isabelle C. Lopez.

The City Attorney’s office is supported by our paralegal, Shanna Lee, who assists in litigation, ordinance and resolution drafting and editing, statutory compliance, Florida trademark submittals, and Public Records management, as well as, general office and administrative duties.

Use of City Seal

Use of the City Seal is prohibited without the consent and written authorization of the City Commission pursuant to Section 2-1 of the City Code. Further, unauthorized use is punishable under Florida Statute 165.043 as a second-degree misdemeanor.

If you are planning to attend a public hearing at the City, you may want to read the frequently asked questions beforehand.

Please remember that we value everyone’s input and ask that you participate with civility in conformance with Resolution 2015-36.

Resolution 2020-39, known as the re-organizational resolution, contains the order of business, meeting and appeal procedures, and administrative policies for the City Commission and its boards and committees.

Attorneys are expected to comply with Florida Bar Rules of Professional Conduct 4-4.2:

The City Attorney cannot represent you personally. If you are in need of legal representation, please retain private counsel. The Florida Bar provides a referral service at 850-561-5600 or you may visit the Florida Bar website. You can also visit the Jacksonville Area Legal Services website, or the local office of: