History of the Department

The City of St Augustine was founded in 1565, and until the 20th century, the residents of this town were protected primarily by privately owned or volunteer fire brigades. 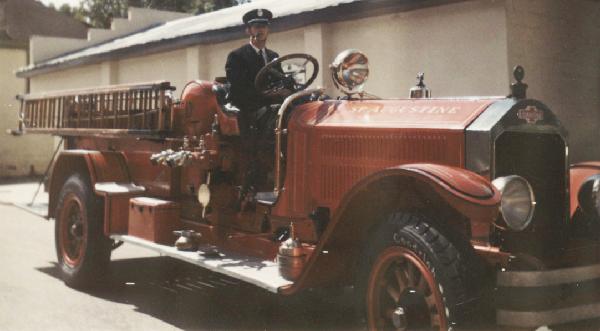 On a windless summer evening in 1845, fire broke out in a carriage house on the property of John Drysdale at the corner of Marine Street and Bravo Lane. Luckily it was high tide, and the availability of plenty of water, plus the calm night enabled the citizens, who rallied to battle the blaze, to keep it from burning down the main dwelling. However, the fire spread to a building to the south, Major Joseph Hernandez's billiard room, and in a few minutes it also ignited his home.

The soldiers of the garrison came to the aid of the volunteer firefighters. Together they tore down a few frame buildings to keep the fire from spreading and eventually brought the conflagration under control, using the garrison's fire engine and plenty of buckets, also supplied by the army, for a constant and rapid supply of water.

The next issue of the "News" reported the holocaust and made a strong plea for municipal fire protection. At the next meeting of the council, the city fathers gathered to deliberate the problem. They then decreed that a fire company be formed for the protection of the city and that a good fire engine and other necessary equipment be provided.

The St. Augustine Fire Company was soon organized under the direction of a fire chief who was empowered to draft all able-bodied citizens to man the hoses and the bucket brigade. Slackers were liable to a five dollar fine for refusing to pitch in in times of trouble. In 1847, the new fire engine, costing $450.00 arrived and was put into service.

The St Augustine Fire Company was comprised of 6 private fire companies including:

Following the devastating fire of 1887, which claimed a large portion of the downtown market place and Cathedral Basilica, the need for additional City Fire protection became apparent. A large fire bell was installed at City Hall in 1901 which alerted residents and firefighters of fire. The City also approved a Citywide alarm phone system on December 24, 1901.
In 1902 the St Augustine Fire Company became the City of St Augustine Fire Department. Wealthy industrialist Henry Flagler donated a building to the city, which housed our first fire station and city government offices. The first fire chief was C.P. Townsend and he had a paid force of three firefighters.

The City purchased its first horses, Dick and Harry, in 1902 to pull the hose and chemical wagon and the steam engine. The department also acquired an old mare known as Kate who was tasked with pulling the ladder wagon.

It was during the horse-drawn engine days that St. Augustine encountered its largest fire. On April 2, 1914, a blaze swept the heart of the city. This fire extended from St. George Street to the bay and from Treasury to Hypolita Streets which destroyed hotels, stores and businesses, the courthouse and many private homes.

The horses ran their last alarm in 1920 with the change to mechanized equipment. By 1921, there were four paid firefighters and a 500-gallon pumper. At this time Florida’s boom years were underway and between 1920 and 1930, St Augustine’s population almost doubled to over 12,000 residents and the fire department then housed 8 full-time firefighters. 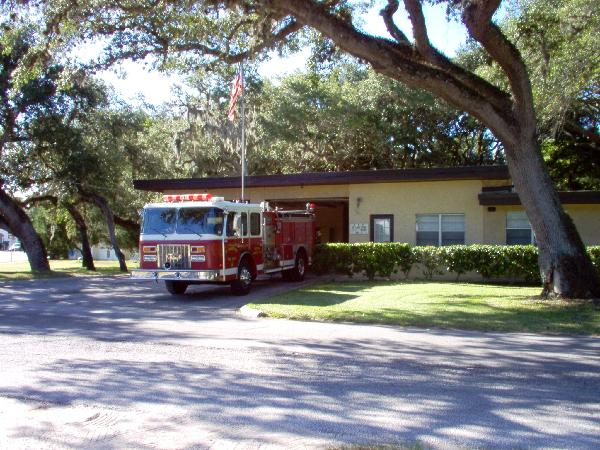 A second fire station (Station 2) was established in 1958 to better serve the city residents on the barrier island. The station is located just outside the entrance to Anastasia State Park. It is a sub-station, with two class ‘A’ fire pumpers, providing first due protection to City areas east of the Intra-coastal Waterway. Today, this station houses 9 firefighters, assigned at 3 per 24-hour shift. 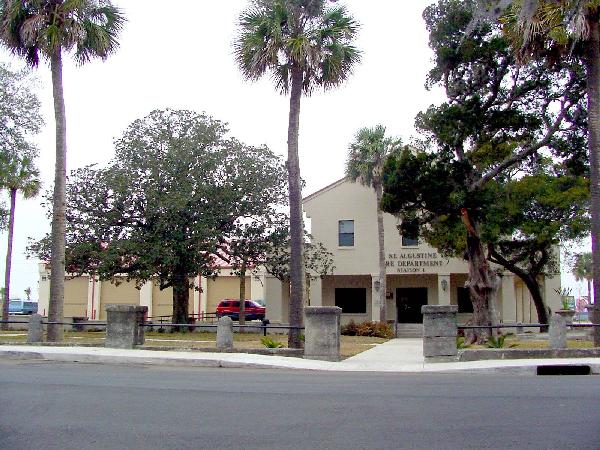 The main fire station, staffed by seven firefighters 24 hours a day, is located at 101 Malaga Street. It was dedicated on November 20, 2002, replacing the 30-year-old structure located on Bridge Street. The new station sits on 1.5 acres that once was home to Henry Flagler’s Florida East Coast Railway train depot. This location improves the department’s emergency response times to the north and south without diminishing the response time to the City’s core areas. The cost of the new building and its property was $1.47 million.

This modern, 11,000 square foot station houses the department’s administrative offices, training area, living quarters, emergency response vehicles and general storage. The station also serves as the IOC for the City of St. Augustine. The building was constructed to be above-predicted flood levels and withstand hurricane winds of 140 mph. The eight spacious apparatus bays can provide shelter for all of the department’s emergency response equipment.