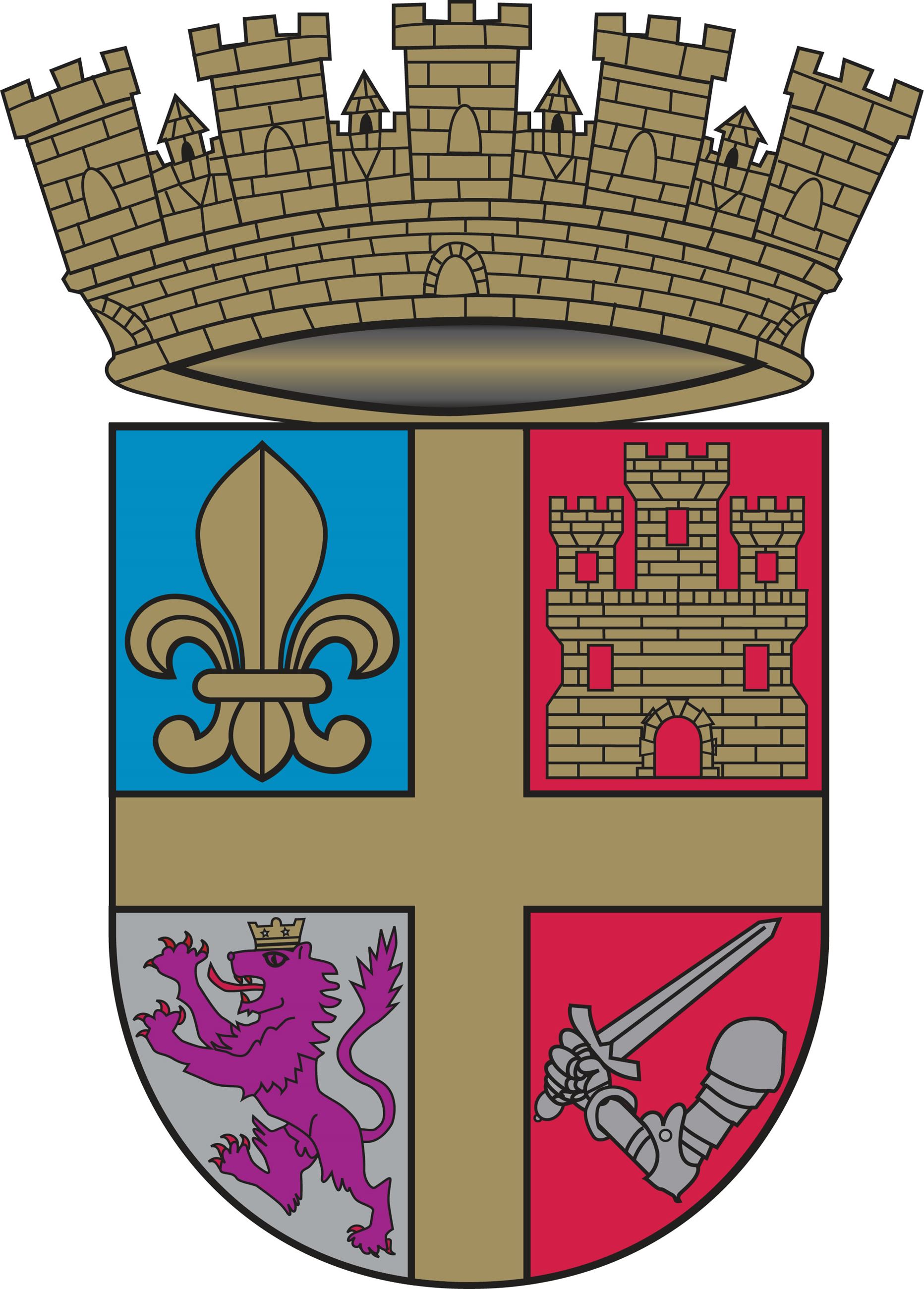 Use of the City Crest

In December, 1991, the City Commission adopted the new Coat of Arms as the official city seal and, made it unlawful for "any person to utilize any image or impression of the city seal without the consent, in writing, of the city commission." Additionally, Florida State Statute 165.043 Official county or municipal seal states that it is unlawful, without the express approval of the governing body, to use the official seal, and punishable as provided in section 775.082 or section 775.083.

The City Commission passed Resolution 2020-28 in July 2020, providing criteria for evaluating the requests to use the city seal.

Submit an application for permission to use the City crest.

In the year 1715 the citizens of St. Augustine petitioned His Majesty Philip V, King of Spain to grant the city a coat of arms for its faithful and courageous service to Spain. There is no record of the request being fulfilled, so in 1991, the City Commission passed a resolution authorizing a formal request to His Majesty Juan Carlos I, King of Spain, for a Coat of Arms for the city.

Research conducted by Vicente de Cardenas y Vicent, Herald, King of Arms, Dean of the Corps of Heralds for Spain, revealed that a Coat of Arms for the City had indeed been authorized for the City by King Philip V on November 26, 1715. The City received the Coat of Arms on October 12, 1991, nearly 276 years after it was granted.

For a crown, the circle of walls with gates, towers, windows and sentry boxes, all in gold indicates that this coat of arms is for a city. The shield by its shape is a 15th century Spanish shield. It is quartered, by a simple gold cross representing Christianity. 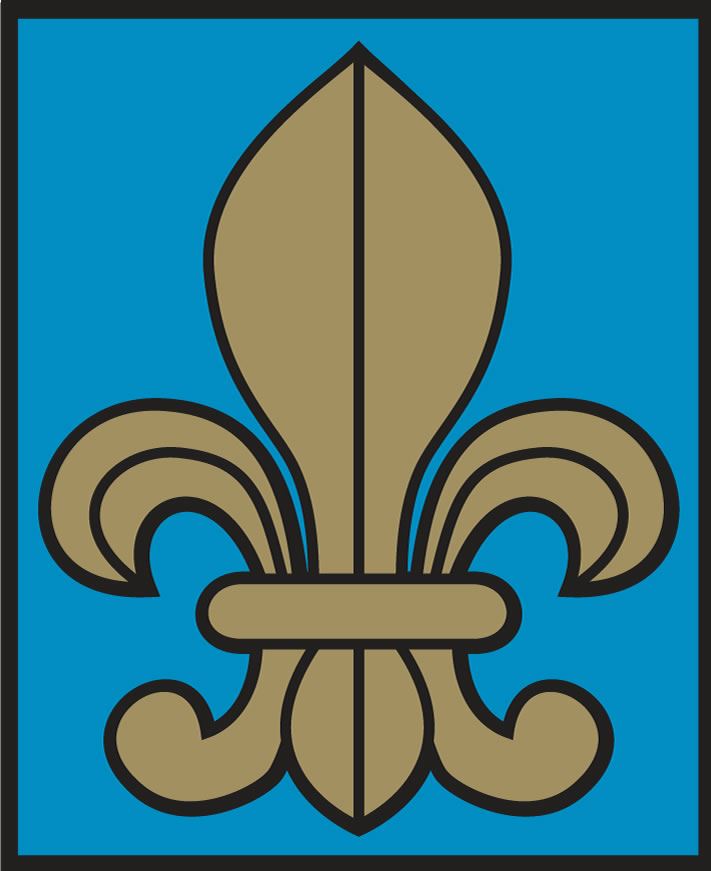 The first quarter, the upper left side of the shield, includes a gold fleur-de-lis on a royal blue background. This is a symbolic connection to the French House of Bourbon since King Philip V was the grandson of the French King Louie XIV. A war of session had been fought, and his grandfather aided Philip, to gain the Spanish throne. The gold of the fleur-de-lis denotes generosity, valor and perseverance. The fleur-de-lis s itself is a three leafed flower or lily. Each leaf represents a particular characteristic – faith, wisdom, and valor. The blue background represents loyalty and splendor. 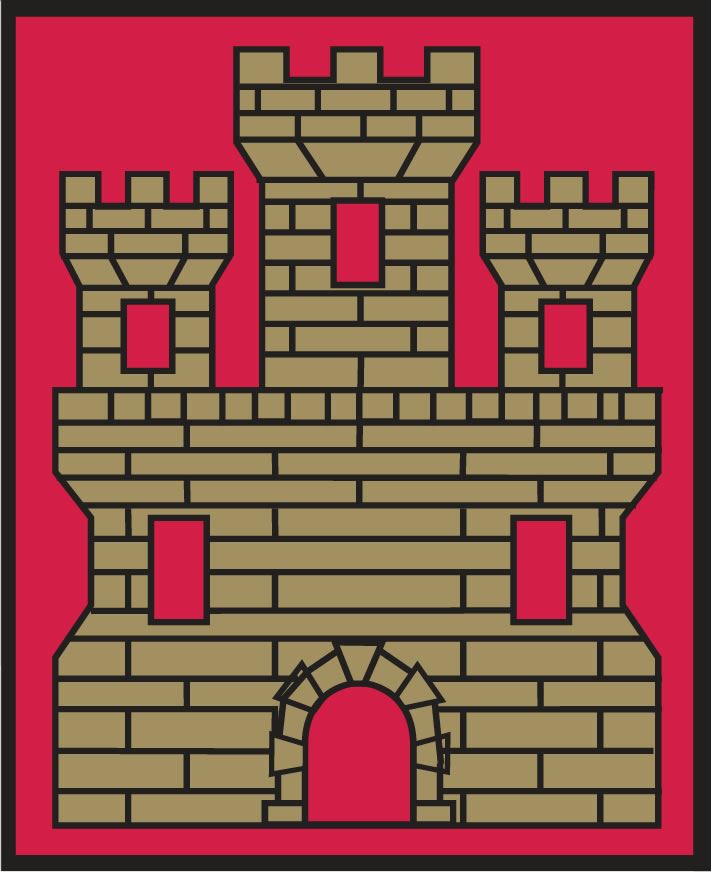 In the second quarter, the upper right area, there is a golden castle with black masonry joints, with the windows and door in red, on a red background. This portion of the shield corresponds to the arms of the former kingdom of Castille. The castle is a sign of defense and safety. The red of the background indicated fortitude and creative power.

In the third quarter, we again see the purple Lion of the province of Leon. The Lion is rampant, stan 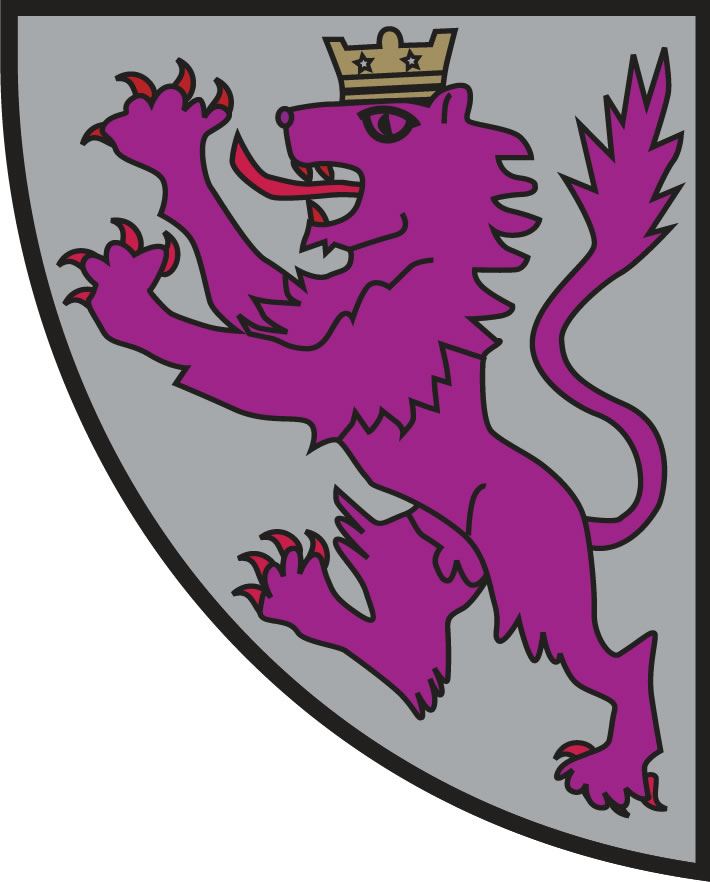 ding erect, in the fighting position signifying majesty and kingship. In the Middle Ages the lion was representative of strength, courage, and generosity. The tongue and claws are red, and the gold crown on the lion’s head alludes to the fact Leon was once a kingdom. The silver used for the background shows nobility and serenity.

In the fourth quarter there is an arm in armor, bent at the elbow, holding a silver sword on a red background 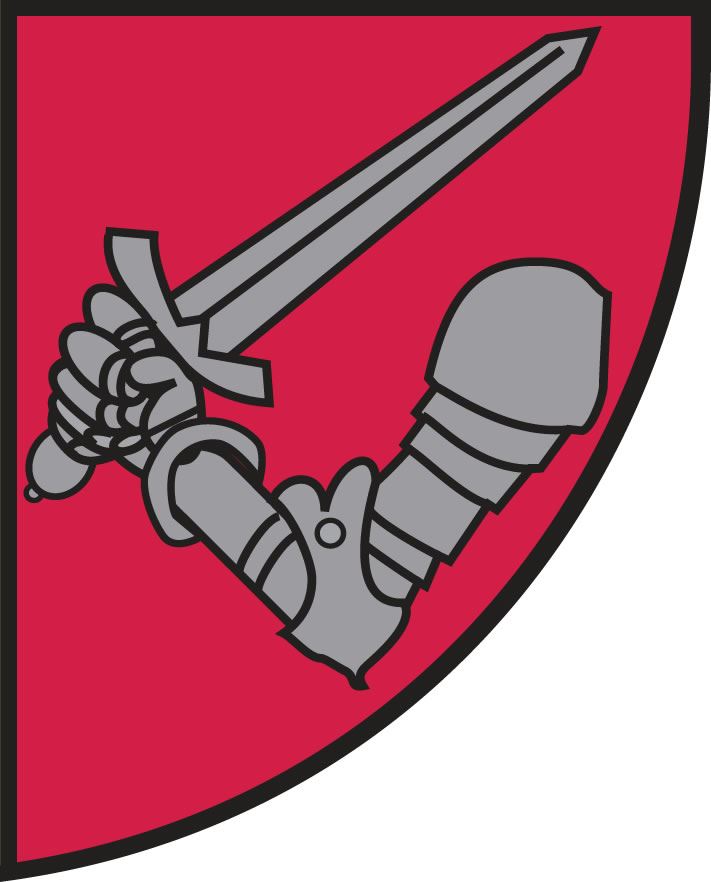